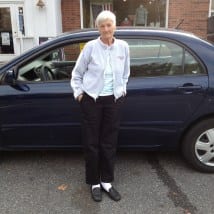 I rarely get up during the night, mostly because I have stiffened inside my sleeping bag, and the thought of first unbending, and then hobbling around, is not appealing.  Last night, I had no choice though, and subsequently staggered around, until maintaining a consistent hobble, for almost a half hour.  While I could not find the privy, I was able to locate the water source, several tent platforms, and a couple of food wrappers.  In desperation, I finally plunged into the bushes to take care of business, and thrashed my way through the undergrowth until I was well away from the camping area, and then spent another 15 minutes trying to find my way back with my pin light, that allowed me to see a one inch spot immediately in front of my feet.

After finally locating my tarp, I was WIDE awake, and decided to head over to one of the previous tent platforms I had located.  I was in a very dark old spruce forest, and as I stretched out on the platform, the contrast of the Milky Way and the pitch darkness took my breathe way.  The stars were simply amazing.   I laid there for at least an hour counting satellites, and listening to the rumbles of my ever hungry gut.

The next morning, I awoke in time to make it to the top of Mt Everett for sunrise.   I can pack quickly now, having much less gear, and knowing exactly where everything goes in the pack.  Once I reached the top of the mountain, I relaxed on one of the old concrete bases, presumably from an old fire tower, and watched the sun rise as I munched on a Big Sur bar.  I gazed out over the mountains, and thought about absolutely nothing while I lost myself in the moment.  I am good at shutting down and just experiencing.  This did not serve me well in school, but has it’s benefits, when long distance hiking. 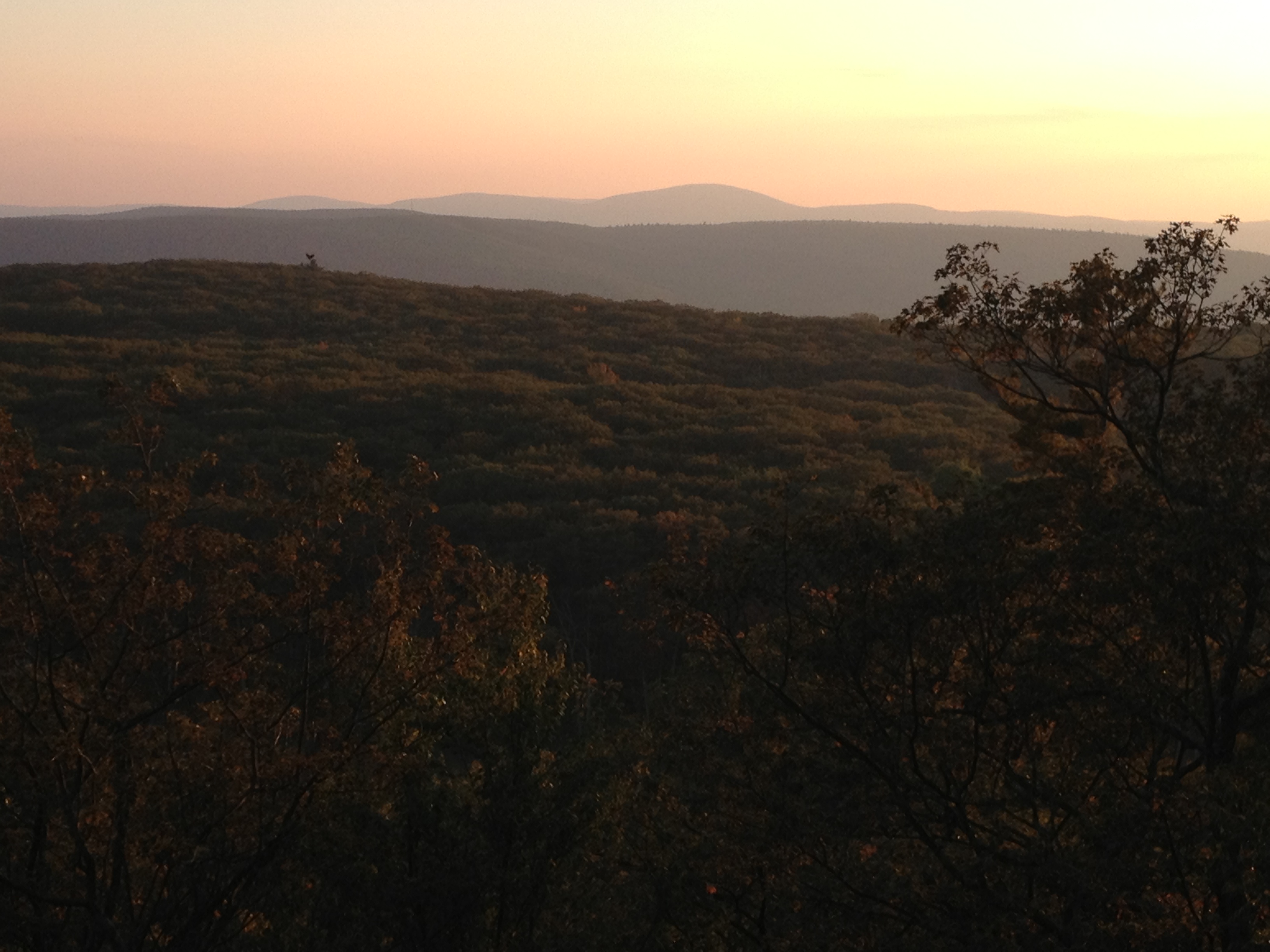 I moved on south and enjoyed an open ridge walk for about a half mile, stopping numerous times to look out over the valley.  The rolling mist, and shifting shades of purple across the hills, made for a hauntingly beautiful morning.

Sages Ravine was another highlight of the day with it’s waterfalls and cascading water, winding through the dark, quiet forest. It was also here that I left MA and crossed into CT. I did a little jig…kinda like a food jig. I was in my home state and about to take two zero days that did not involve an ailment of some sort.

Leaving the ravine I headed straight up Bear Mountain. There was a day hiker climbing about a hundred yards ahead of me, and I felt my drive kick in to gear.  I am not ashamed to admit I can be a little too competitive at times.  This, along with my jowls and bird legs, is genetic.  I was off!  I began to gain on the hiker climbing ahead of me, and saw him start glancing back and pick up speed.  It was a steep climb, and several times I had to throw up my poles and climb with my hands, up over the boulders and slabs of rock.   Suddenly, I glanced up and was startled to see he had stopped and was sitting in the middle of the trail facing me.  He had that “I had planned to sit all along” expression on his face.  I skirted around him, and made my way towards the summit, arriving a few minutes ahead of him.  I wanted to cheer and do a high five, but it was a popular summit, and I did not want to get voted off the island for unsportsmanlike conduct, so I just posed for a  traditional winner’s photo instead.

I sat down for lunch and the two day hikers I had seen at Jugs End the day before sat down with me, and chatted while I had lunch for about 30 minutes.  They were grandfather and grandson as I had suspected, from upper NY state, and were doing several day hikes over the next few days.  I thought it was pretty cool to see the generations out together.

After lunch I headed for Lions Head, where I was introduced by teachers to a class of about fifteen, nine year olds.  They were not impressed, and stared at me as if I was local wildlife, before running, screaming down the mountain.  The teachers and chaperones then all gathered around to ask questions.  It was fun telling them my pack weighed 70 pounds, I hiked 35 miles per day, and I survived on Slim Jim’s dipped in a jar of P. Butter, followed by a few sips of olive oil.  I could tell they were impressed…and horrified.

The last stop of the day was Salisbury and Maria McCabe.  She was 84 and had been hosting hikers in her home for about 15 years.  She was amazing, with 4 children, 11 grandchildren, and 6 great grandchildren.  She still took care of her house and the hikers all by herself.  I have met a lot of trail angels and been to many hostels.  I’m not sure I have met anyone that sincerely loves and enjoys the hikers as much as Maria.  My stay with her was a lot of fun.  I can only hope I am that sort of shape at 84 years.