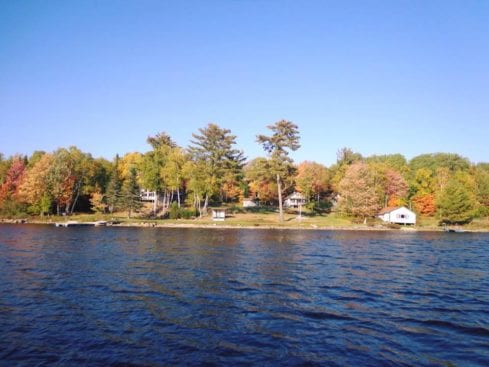 I was wide awake by 5 AM, lying in a depression in the middle of my thin, springy mattress. I lay still, listening to the morning noises, not wanting to wake up the other guests in the cabin. Finally, around 5:30,  I heard rustling and thumps, announcing that other hikers were beginning to get up. I climbed out of bed and hobbled down the hallway. The stiffness I would encounter for this hike made me look like a stiff-legged zombie shuffling slowly through the dark.

I headed out the front door for the clothesline to find my clothes clean and wet. I should have known better than to hang them out next to a lake. The damp air made them feel like I had just taken them from the washer. I grimaced, anticipating the wet, cold cloth against my skin. But instead, it was going to be a chilly breakfast. 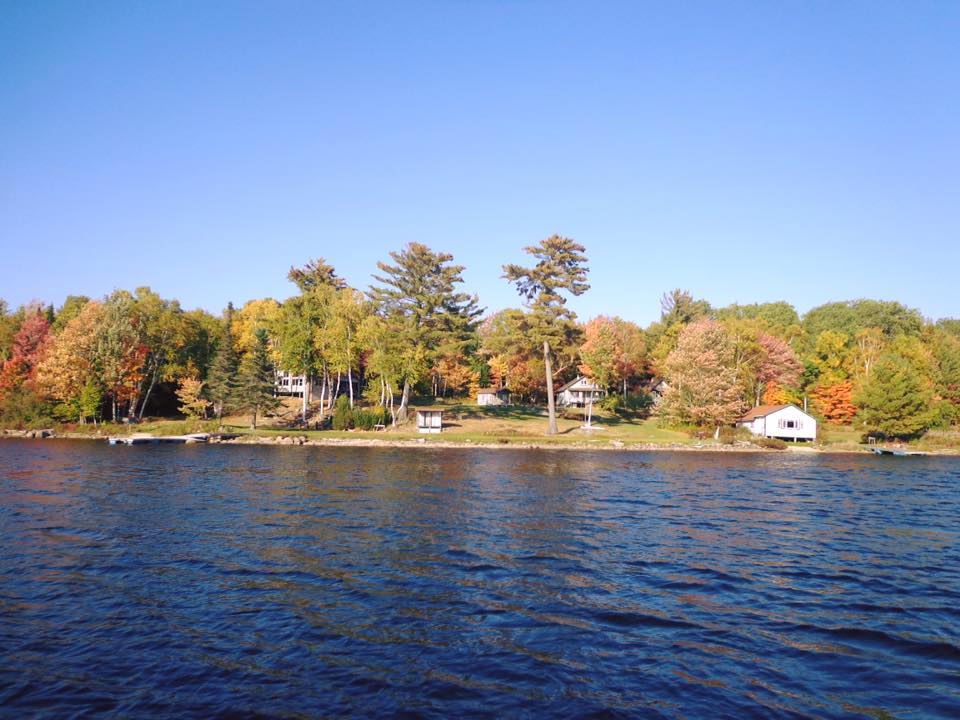 Breakfast was all you could eat (AYCE), but that was only the blueberry pancakes. I cleaned my plate and then waited for the other hikers to finish. Once it appeared the other NOBO hikers were done, I reached around the table and mainly grabbed empty platters, finishing what they could not. There were some looks of surprise as I was a SOBO and had only been out for a week. My appetite was permanent. On the trail or off, I was continuously hungry. I chatted with Bill while he washed dishes and cleaned up. I had already packed up and brought my pack to the dining building for breakfast, so I was ready to go. We all had our packs ready, and as soon as the dishes were done, Bill took us across the lake in his flat-bottomed metal boat. 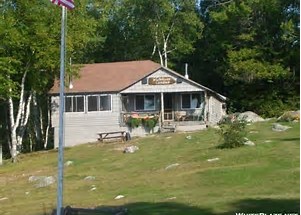 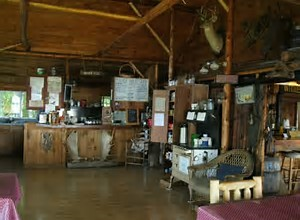 It was nice to get dropped off almost a mile closer to the trail and not have to hike the blue blaze trail again, although the mosquitoes were still waiting at the intersection with the AT. WHL was a great stay and definitely worth the stop. It gets mixed reviews from other hikers and other providers in the areas, but I had a good holiday and noted some of the rumors are incorrect. Hikers should determine their opinions and not base them on what they hear. Social media can be brutal. I would return.

Lunch consisted of a stop at Antler’s campsite. It is just about my favorite campsite on the entire trail.   It is so remote, and there are tent sites directly on the water, looking out over a beautiful lake. I spent an hour eating (whoopee pies and Pepsi from WHL….love hiker diets!) and writing by the water in my journal. It was so peaceful, and the constant breeze kept the annihilators (mosquitoes) at bay. Once finished, I popped back on my head net and headed back to the trail. My Go-lite umbrella and head net are just about my favorite pieces of gear on this trail. 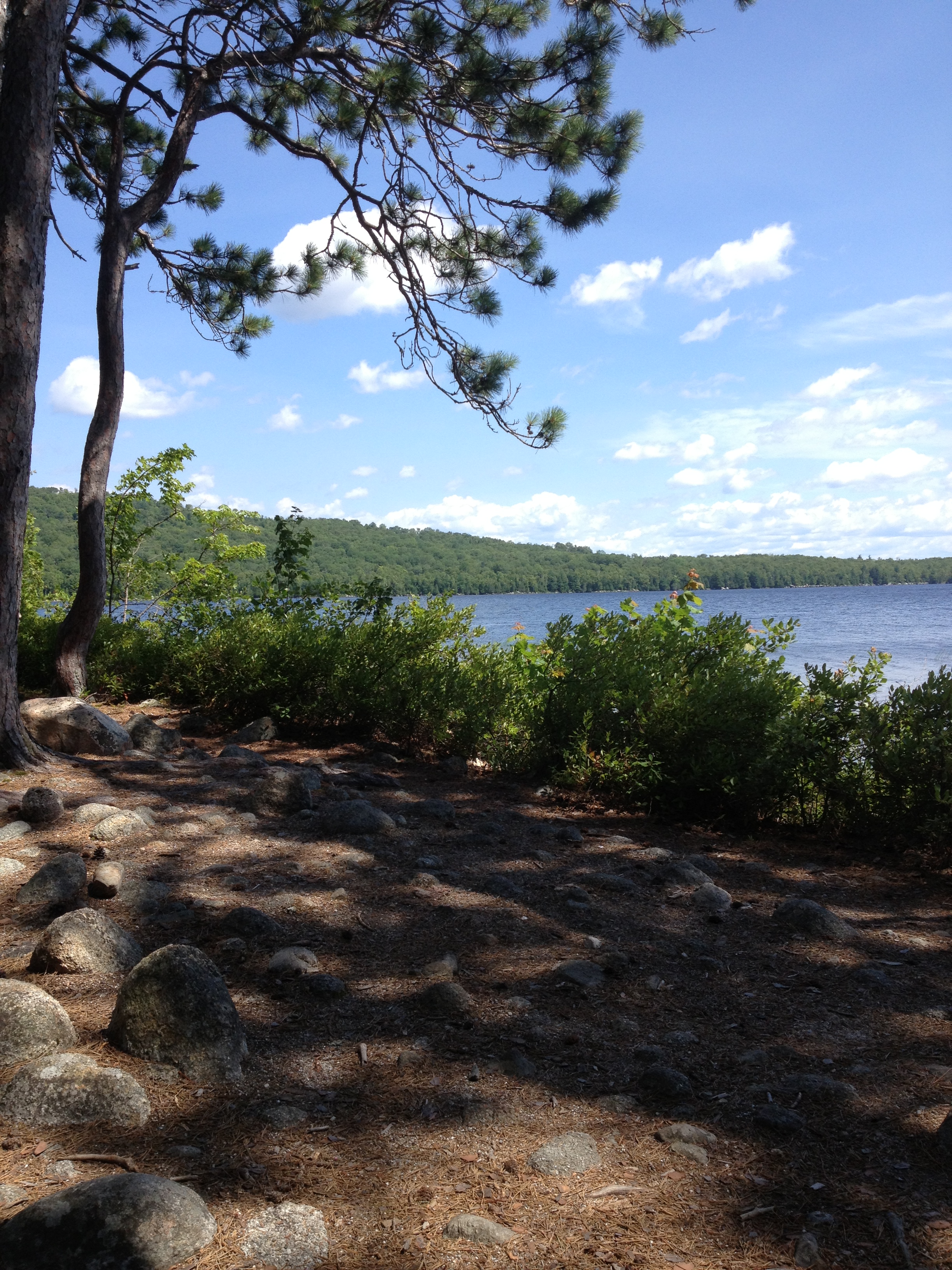 I came to the dirt road I thought was Jo-Mary, where I had my food drop hidden. I was lazy and did not double-check my guide upon arriving. I searched for a half hour, walking up and down the road looking for a path into the woods that held my pail of food. I also thrashed around in the undergrowth, searching for a trash bag that was supposed to hold the bucket. Finally, two teenagers came strolling down the road and told me Jo Mary was the next road over Cooper Brook. I would have known this if I had paid attention to my guide.

The kids told me it would take about 20 minutes to get there by trail. I got there 45 minutes later. Age is tough. I found the drop right away this time, but my bucket was not there. I had beat it by a day. I texted Sparkles, and my hero Nokey had it there in 45 minutes with two sodas as a door prize. He also tried to give me a penalty prize for going to the wrong road…a Cliff Bar. He did not realize it was a penalty prize until he saw the disgust on my face and began laughing. I just smiled and told him it was the thought that counted.

The hiking up to Cooper Brook was a beautiful, leafy trail with a fair park-like grade. I decided to stop a little early and rest my feet. Unfortunately, they blister very quickly, so I have to baby them. There were three section hikers in the shelter cooking and one tall SOBO sitting out front writing. All nice guys, but I don’t think I will see the SOBO again, as he had hurt his ankle and was only doing five-mile days while it healed. This seems to be an early theme amongst us SOBO hikers. I’ve encountered a few with injuries.

I set up my Hexamid tarp and went to the shelter to chat and eat dinner. It was a good conversation, and of course, some of it revolved around gear. The section hikers all went down to examine the Hexamid. I had exclaimed its virtues, and they wanted to see for themselves. They ooh’d and ah’d at the lightweight and roominess of the tarp and how quickly I could set it up. Supper over, I crawled into the shelter to nest for the night. I organized all my gear, placing a headlamp and knife by my head before settling in for the evening. After that, I was ready for any nighttime marauders.

A couple hours after dark, I was awakened by voices not attempting to be quiet while they shone their lights at my tarp. They stomped around me for a minute, trying to set up their tents in my space. I finally asked them, politely, to go away. There was not enough room for others on my little dirt patch. They mumbled something about finding another space and headed up the path towards the shelter. I rummaged around in my toiletries stuff sack, found my earplugs, and plugged them in for the night. This was another reason I rarely stayed in the shelters while hiking along the Appalachian Trail.