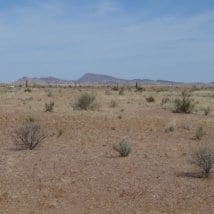 I slid down in my seat in the waiting area and saw her slowly moving down the center aisle between the rows of seats, head swiveling from side to side as she searched with a questioning intensity.  I had never seen her, but I knew “the look” – cargo pants, dessert shirt, wide-brimmed cloth hat.

I was spotted!  I glued my eyes to my phone but felt more than saw the shadow and flinched at the small hand stuck in my face as she twisted and slid into the chair beside me simultaneously. She was as assertive in person as she was on the phone.

My solo intuition had told me not to reach out to other hikers before this trip but to let the chips fall where they may once I arrived at the trail. As usual, I was excited and a little nervous. The Continental Divide Trail wasn’t like the other trails. I had pounds of maps, a compass, and various guides. It had been too tempting not to reach out to other like-minds about how they were planning for their trip.

I said, “Hi,” and offered a smile.  That was the last word I spoke until we landed.

Somehow, she managed to get a seat next to me.  My ears were numb by the first layover.

She plopped down next to me.  “I’m next to you again!”  How was this even possible?!  The flight was full.

Five minutes before boarding, I ran to the counter.

“Please tell me you can switch my seat.  I don’t care where I sit!

I watched as she boarded ahead of me, shock on her face.  I shrugged in bewilderment, mouthing, “damn airlines.”  The last leg of the trip would be quiet. At least I would have that time.

I bolted from my seat as soon as the plane landed, but Amy was faster. Half my height and twice as fast. She glued herself to my side as we headed for baggage claim. I veered off into the bathroom, and she did also, waiting outside the door for me to exit.

As the escalator slowly descended, I studied the chairs below, looking for Sam. Amy was chattering away behind me (I think she was actually standing on my step on the escalator), but I managed to drown her out as my eyes roamed the seats below me before settling on Sam. He looked exactly as I expected, weathered and worn, with sharp bright eyes peering out from under his baseball cap. He looked like everything I expected from this trail, and in his hand was a CDT emblem. I grinned back at him.