Flapping in the Wind | Average Hiker 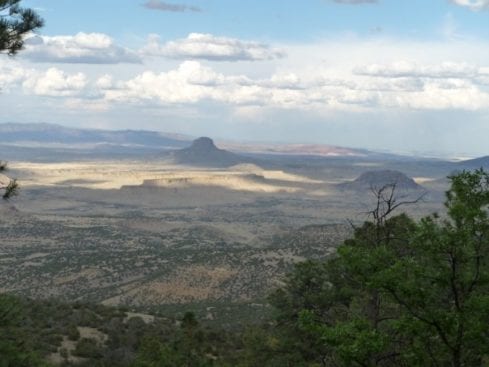 The wind whistled through the tall, dry grass around me as I battled with the corner of the tarp being ripped from my hands. “Crap!” I yelped in pain and frustration as the corner of the tarp ripped the titanium stake from the ground and snapped it across my cheek.  A thin slice of pain knifed through the delicate skin just under my eye.  I bowed my head and knelt on the whipping tarp.  Closing my eyes, I counted to ten and gathered myself for round two.

Having finally won the shelter battle, I laid back inside my tarp, panting with exertion. Four large rocks anchored down the corners of my tarp – titanium stakes inserted deep into the ground to help anchor the wildly bucking piece of material that snapped repeatedly over my head. These winds were crazy! I welcomed their cooling touch as I walked, but not the swirling grit and small, sharp rocks pelting my face.

Suddenly, a voice filled the emptiness around me.

“My stomach is upset. I’ve thrown up twice, and I’m not hungry,” the muffled male voice stated.

“Do you have medicine?” I said. It was probably heat exhaustion. The day had been hot, even with the constant gusts of wind. Hot blowing currents had whipped away any of our bodies’ attempts at perspiration, leaving the skin to burn, dry, and crack under the sun’s constant glare.

“No,” said the voice in a weary, plaintive tone.

“Hold on,” I said as I rummaged around in the small yellow nylon bag where I kept my toiletries.  Rattling the tiny plastic bottle, I shook out what I needed and reached under the netting attached to the bottom of the tarp. Uncurling my fingers, I extended my arm with two small, crumbled Imodium tablets resting in the middle of a grungy, dirty palm.  Dried fingers plucked them from my hand with a mumbled “thanks.” Everything was muffled in this wind. I did not hear him say more as words were ripped away by the snapping fabric over my head.  I did not even recognize the voice nor the energy to lift the tarp and look out into the fading light.

Gritting my teeth, I looked down at my feet.  I had already removed my shoes, and my socks were stiff with sweat. In some spots, a lite pinkish liquid had soaked through the wool, where I knew bandages had come loose, and I knew patches of skin were probably missing.  I clenched my jaw as I slowly peeled off the socks, knowing these little spikes of quick pain were a precursor to the forty-five minutes of teeth-grinding foot care I was about to endure.

On each toe and the sides of my feet were band-aids. Over these were moleskin pieces with the middles removed to take pressure off the raw spots. Wrapped over these was sports tape, and surrounding the whole mass was duct tape. Unfortunately, the duct tape had molded to these raw, sensitive areas over the course of the day, its sticky adhesive leeching into the bandages and then drying quickly once my shoes were removed, forming a hard, almost cast-like structure around the blistered areas.

Lowering my sharp, serrated Gerber blade to the first duct tape cast, I began to saw at the solid mass. I frowned and clenched my teeth as the bandages under the duct tape broke loose and slid back and forth over the wounds beneath them.  “Dang, son of a bitch!” I muttered as I peeled off the first bandage. My language would continue to deteriorate as I peeled off the next eight coverings on this one foot and then moved on to groan out even less ladylike language while I worked on my other, equally gross foot.

Ripping lose the last bandage, I sucked in a huge breath and felt my muscles begin to relax. I laid back between the large, grassy lumps pressed into my aching back and peered up at the two battered feet raised above my head. The fresh air felt wonderful on my feet, and I sighed in relief.  I looked up at the dirt and grime ground into my feet. The wounds had started as small blisters, but as abrasive grit had worked its way under the bandages, blistered skin had been slowly rubbed away to leave open wounds on my feet.  “I just need to get through the first couple of weeks,” I mumbled.  Callouses always began to form in about week three.

These moments sometimes made me question long-distance hiking, but as I leaned forward and looked out across the waving grasses toward the mountains, a slow smile crept across my face.  This was part of my human condition – the need for discovery and challenge.  I loved getting up every day, not knowing what that day’s journey held.  Being uncomfortable was often overridden by chance encounters with wildlife, people, and situations that forced me outside my comfort zone.

Self-confidence, control, and self-sufficiency, these hikes had developed these aspects of my personality and probably contributed to my success in my career over the years.  I had often heard, “You are missing your peak earning years.  You could progress more if you didn’t stop to hike,” but I’d never given these a lot of thought.  Joy, pain, beauty, exhilaration, accomplishment – I experienced these feelings far more intensely out here than in “civilization.”  I’ve been lucky.  I’ve found my balance over the years, and I imagine I’ll keep hiking for as long as I’m able.