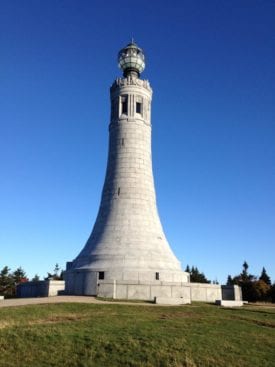 I was awakened abruptly by a screech owl this morning!  I sat up straight in my sleeping bag, and cursed softly to myself as the adrenaline slowly drained back to it’s adrenal glands.  These elusive birds usually woke me up at night, often sitting directly over my tarp as they cried out their eerie, tremulous trills into the night.   I sat and listened to him call, with no returned answers from his flock, and looked up towards the top of my tarp.  He sounded so lonely in these silent, early morning hours.  “Your family is sleeping little guy, and you should be too.”

It had been a long night with a lot of tossing and turning.  My butt had seriously ached all night long, along with my legs.   The hike up the mountain the day before had been longer than any I had done in a few weeks, and my muscles were pushing back, even though they were in great shape for the shorter steep climbs.   I reached for my toiletry bag automatically, and immediately pulled my hand back.  Vitamin I was out of the picture for the time being, since I had wiped out my liver with my foot infection.   I had taken far too much ibuprofen while hiking on my injured foot, and stupidly trying to push through the injury, thinking it would heal on it’s own.  I had learned my lesson.  Don’t take ANY type of infection lightly, and take care of your feet.

Thanks to Mr. Screech, I was up early, and headed eagerly for Mt. Williams to see the sunrise.   It was another beautiful, clear day and I knew I would be rewarded by another gorgeous morning sun show.   I was not disappointed, and relaxed on the rocks watching the sky brighten behind the distant windmills along the dark indigo ridges.  I was so fortunate to be out here doing what I loved, and mornings like these reaffirmed what I tried hard not to take for granted.

My stomach began to grumble following the rising of the sun, and I rose to hike quickly towards the summit of Mt. Greylock.   My guide stated that atop this mountain along the Appalachian Trail, there was a lodge that sold breakfast to weary, walk-in hikers.  Not stopping at a food establishment that was actually located ON the trail was unthinkable, and I could almost feel my mouth begin to water as I hurried up the mountain towards breakfast.

I had high expectations for a hot breakfast in an expensive lodge, and was disappointed by what I received.  My expectations had been way too high.  I had remembered stopping at the base of Mt. Hood for an all you can eat breakfast that was just “magnificent,” and this was where I had set my bar for this mornings breakfast.   Images of all you could eat waffles, fruit, meats, eggs, coffee, etc. – these powered me towards the Mt. Greylock lodge.  All I can say about this food was that it was hot.  I’ll leave it as that, as hikers with no other comparisons, would probably find it just fine.

The views, on the other hand, more than made up for the food.  It was going to be yet another gorgeous fall day.  The hiking was moderate, and I focused hard on the rocks and roots peeking out between the dry leaves.   I always had a running monologue going in my head as I hiked, and on the few occasions that the roots and rocks would grab my toes, I would hear “Score!” in the back of my mind, as I stumbled forward struggling not to lose my balance and nose dive into the rocky trail.

MA was a beautiful state to hike through in New England during the fall season, and this section was especially nice because there were also opportunities to eat something other than hiking food.  Dad says I blog too much about food.  Ha!  Food is my obsession out here, or really most anywhere if I’m being completely honest.  Early in the afternoon, I made my way down into Chester.  I walked down the quiet sidewalks and streets.  Most people were at work, so there was not a lot of activity or traffic in this sleepy town.  I had seen an ice cream shop in my guide book, but this late in the season I assumed it would be closed.  I was actually moving past it when I glanced across the street and did a double take.  It actually appeared to be open, and I took a sharp left and headed over to take a look.

I walked in through the open door of the small shop, and paused to look around.  The shop appeared to be slowly winding down and only offered one hot sandwich…a ginormous homemade meatball sub.  I just stood and cried as I ordered…a home made meatball sub AND ice cream (sniff).  There were only a few flavors of ice cream left in the small refrigerated case, and one of them just happened to be one of my two all time favorites – mint chocolate chip!  This stop for lunch was like something out of a food fantasy dream, and one of the pleasures of long distance hiking.  At no other time could I eat a foot long meatball sub, and three large scoops ice cream, and not have absolutely ANY guilt.

I literally rocked back and forth as I rolled out of town.  My blood had raced straight to my stomach to try and digest the massive amount of food I had consumed, and I slowly ambled along in a energy depleted food coma.   As I dragged myself towards the top of the first mountain, headed out of the town, I noticed a small side trail that headed towards an overlook.  I made my way over to a small out cropping of rocks, and groaned in pleasure as I lowered myself to the warm granite to bask in the afternoon sun.   My head lolled to the side, and I gazed out over the trees with half open eyes, as I slowly dropped into a light nap for about an hour.

The nap was just what I needed to restore a little energy, and I felt refreshed as I awoke and headed back up the trail.   My target for the evening was the town of Dalton.  I had made reservations at a small motel in town, so I could stock up and clean up.  I had also stayed in Dalton before, and had fond memories of the town.   I reached the Shamrock Inn around 5PM and settled in for the evening.  I could not wash clothes or go to the PO until the next morning so I would probably head back out mid-morning of the next day.

Tonight was to be a night of secret pleasures, as I ate Chinese food, ice cream sandwiches from the gas station across the street, and watched “Duck Dynasty.”  Hiking allows for many things that I would never be allowed at home, and I sunk back into my pillows with a gluttonous grin upon my face, a ice cream sandwich in one hand, and the remote control in the other.