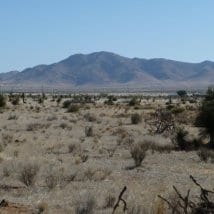 The wind whistled through the tall, withered grass around me as I battled with the corner of the tarp being ripped from my hands.  “Crap!” I yelped in pain and frustration as the corner across me ripped the titanium stake from the ground and snapped it across my cheek.  A thin slice of pain lit my face, fire knifing through the sensitive skin underneath my eye.  I bowed my head and knelt on the whipping silicone beast beneath me.  Closing my eyes, I counted slowly to ten and gathered myself for the next assault.

Having slain the silnylon monster, I laid back inside my Wild Oasis, panting with exertion.  Four large rocks anchored down the corners of my tarp – titanium stakes inserted deep into the ground to help anchor the wildly bucking piece of material that snapped repeatedly over my head.   These winds were crazy!  I welcomed their cooling touch as I walked but bent my head in frustration as swirling grit and small, sharp rocks pelted my face, somehow finding the tiny slits between my squinted lids and slowly working themselves underneath my lashes.

Suddenly, a voice filled the emptiness around me.  “My stomach is upset.  I’ve thrown up twice, and I’m not hungry,” the muffled male voice stated.

“Do you have medicine?” I said.  It was probably heat exhaustion.  The day had been hot, even with the constant, abrasive wind gusts.   Hot blowing currents had whipped away any of our body’s attempts at perspiration, leaving the skin to burn, dry, and crack under the sun’s constant glare.

“No,” he said in a weary, plaintive tone.

“Hold on,” I said as I rummaged around in the small yellow nylon bag where I kept my toiletries.

Rattling the tiny plastic bottle, I shook out what I needed and reached under the netting attached to the bottom of the tarp.  Uncurling my fingers, I extended my arm with two small, crumbled Imodium tablets resting in the middle of a grungy, dirt-encrusted palm.  Dried fingers plucked them from my hand with a mumbled “thanks.”  Everything was muffled in this wind.  I did not hear if he said more, as words were ripped away by the moaning gales.  I did not even recognize the voice nor the energy to lift the tarp and look out into the dying light.

Gritting my teeth, I looked down at my feet.  I had already removed my shoes, and my socks were stiff with sweat.  In some spots, a lite pinkish liquid had soaked through the wool, where I knew bandages had come to lose, and I knew patches of skin were probably missing.  I clenched my jaw as I slowly peeled off the socks, knowing these preliminary little spikes of quick pain were a precursor to the forty-five minutes of torture I was about to endure.

On each toe and the sides of my feet were band-aids.  Over these were moleskin pieces with the middles removed to take pressure off the raw spots.  Wrapped over these was sports tape, and surrounding the whole mass was my single most important gear – duct tape.  Unfortunately, the duct tape had molded to these raw, sensitive areas over the day, its sticky adhesive leeching into the bandages and then drying quickly once my shoes were removed, forming a hard, almost cast-like structure around the wounds.  Lowering my sharp, serrated Gerber blade to the first duct tape cast, I began to saw at the solid mass.  I frowned and ground my teeth as the bandages under the duct tape broke loose and slid back and forth over the wounds beneath them.

“Fucking, son of a bitch!” I muttered as I peeled off the first bandage.  My language would continue to deteriorate as I peeled off the next eight coverings on this one foot and then moved on to groan out even less ladylike language through clenched teeth. At the same time, I worked on my other equally disgusting foot.

Ripping lose the last bandage, I sucked in a huge breath and felt my tense muscles relax.  I laid back between the large, grassy lumps pressed into my aching back and peered up at the two bloody carcasses poised above my head.  The fresh air felt wonderful on the stinging, aching feet lifted over me.  I peered up at the dirt and grime ground into the open wounds.  The wounds had started as small, seeping blisters, but as abrasive grit had somehow worked its way under the bandages, blistered skin had been slowly rubbed away to leave large open, wet wounds on my feet.  I grinned at the familiar pain.  The beginning of every hike was always tough on my feet, but I knew I just had to walk through it for a week or two.

The final foot treatment required breaking one of my rules and lighting a stove in my tarp.  With no enclosed floor, I justified this by convincing myself that I could much more easily throw off the flaming mass with no floor than unzip my enclosed tent, thus only potentially suffering from third-degree hand burns instead of a full body bake.  I also used my small pocket rocket stove instead of a wood-burning or alcohol stove, letting me control the small flame much more easily.  I had lessened my risk of death to painful.

I leaned forward, dabbing at the small wounds with a filthy blue bandanna soaked in boiling water.  I tried to pat and wipe away gently small pieces of grit and dirt.  Air whistled through my clenched teeth as nerve endings fired beneath every touch of the cloth.

“Why am I doing this?” I whispered, closing my eyes and leaning forward as far as my back would bend.  I threw back my head, following the low deep growl that broke from my throat, and smiled slowly.  There was no place I would rather be.  There was pain, heat, no water, fatigue, and dirty, disgusting everything, but all these things made me feel more alive than I ever did anywhere else.

Someone recently asked me why I thru-hike.  My answer was quick and simple, startling me  – rising quickly with little thought.   The reason I like long-distance hikes is the same reason I sit glued to “The Walking Dead.”  I like the human extreme.  When our comfort and security are gone, and we are no longer surrounded by conditions in which we were raised and grounded, how do we react?  When every single day is an unknown – heck when every single turn you make is a surprise, how do our decisions change?

Now, I’m not kidding myself.  I can stick out my thumb every few days and make my way back to what is familiar, but in between, I experience and deal with situations I will never encounter at work or home.  I can “feel” everything not muffled by pills, air conditioning, TV, radio, media, humans, etc.  Here, I have a series of moments to make decisions, often driven by enhanced emotions.  Will I rely on past experiences, everything I’ve learned and know – or will swirling feelings, driven by sharp, quick reactions, result in a completely new decision and reaction?

At the end of the day, though, as all “Dead” fans know, how do I not get eaten?!