I Should Have Worn Pants | Average Hiker 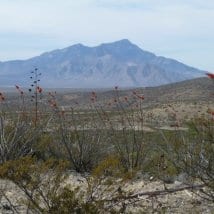 I heard the rustling and started moving, adrenaline surging through my stiff muscles. Cushioned by balls of loose clothing on the rocky ground was hardly a thought as my competitive mind screamed – FIRST, YOU HAVE TO BE FIRST!  I took a deep breath, muttering, calming my instincts for flight.  I would never outgrow my urge to obliterate anything ahead of me, but my muscles finally screamed,  and I realized I had outgrown the ability to recover in twelve hours.

I slowly settled back to the floor – quiet as a mouse.  I did not want to awaken the others.  As the rush of competition resided, the aches, pains, and hot spots drifted to the front of my mind.  I stretched a leg, and bent an arm.  I was ready to go.  The kinks would work themselves out.  I needed to move.

Packing up quietly, I stepped out into a dark, dry morning – a hint of grey on the horizon.  It was cold, much colder than I had expected.  I stood, bent and stiff, feeling the hotspots on my tender feet.  No matter what I did, I would have blisters by lunch.  My feet hated hiking.

“Hey!  You leaving?”  I heard from the direction of the shanty tent town.

“In a bit,” I said as I shoved everything in my pack.

“I’ve not read my directions either,”  I said as I stuffed my tarp into the big front pocket of my pack.  I thought that would be a deterrent.

I heard the quick zipper and glanced to see Amy roll from her tent and bound to her feet.  Ten years older than me, and no stiffness, hesitation – nothing.  She looked EXACTLY as she had last night.  She marched towards me, hand outstretched, holding her brand new GPS.

“Do you have your directions?  I can read them for you and explain.” I said with an innocent expression.  She had been indignant at my lack of faith in her hiking abilities.  I was sure she would be even more offended at me suggesting she had subpar comprehensive skills.  I was wrong – again.

“Hold on,” she said as she turned and headed back to her tent.

Suddenly – a voice from an angel!  “I have that same GPS.”  I think it was Robbie, but I was unsure since it emanated from tent city.

Amy swerved, and I leaped, pushing through the brush up the hill, mumbling that I was headed out since she had help.  I had spotted the brown graphite post with the CDT sticker and already had a plan.

About 10 yards into the brush, my bare legs had been slashed repeatedly, and I cursed under my breath as I continued up the trailless hill.  I saw another post, but NO trail.  Stopping at the next post, I looked across the side of the brush-covered hill and sighed.  No trail, no post, no nothing.  I turned and looked down the hill.  Everyone was up and packing.  Pulling out my map, I saw our dirt road circled back around, eventually meeting up with the “trail” again.  I resolutely headed back down to the camp.

“There is no trail, just some markers, and those disappear about fifty yards up,” I said.

Everyone listened, and Jason turned silently and headed down the rocky dirt road.  I was already bypassing the trail and road walking on the second day.  Damn.  The others followed behind, exclaiming that maybe we should try the trail.  Jason continued, and I did not look back.

I caught up with Jason in short order.  He marched with head down, sun hat pulled low over his sunglass-covered eyes.  I saw no apparent sunblock covering his freckled skin, which was topped by tufts of strawberry-brown hair sticking out from under his hat.

“Want some sunscreen?” I said.

I moved on, gazing out down the long, endless dirt road.  it seemed to stretch forever before disappearing into the scrub in the distance.  It was also hot and boiling, and there were no trees.  The sun had risen, and everything had instantly heated up as it breached the horizon.  Heat rising from the baking ground undulated in the distance, causing me to become slightly dizzy as I focused ahead, so I turned my attention back to my feet.

I turned to see all four hikers behind me, crammed under a bush on the side of the road.  I slowly walked back.  Someone must be hurt.  I slowed as I approached, smiling and looking at them inquisitively.

“Everything ok?” I said.  We walked for about 30 minutes.

“Resting out of the heat,” said Robbie.

I hunched a little and leaned on my hiking pole, attempting to look slightly wilted.  I did not want to alienate the group so soon.

“Well,” I said after about five minutes of standing in the sun, “I’ll see you where the trail leaves the road.”

The moans started as they all rose slowly, reaching down to grab their packs and heave them onto their backs.  Backpacking zombies…

Two hours and three breaks later, we had completed two miles, and the group stood staring at the graphite post on the left side of the road.  I had been sitting on a hot rock waiting for a while, and I watched as they all turned in unison to the right – staring at the brown graphite pole (more like a flat stick, really) that stood on the other side of the road.  The trail continued out into the dry, thorny brush.  I was going to HATE I had only brought shorts.

They were miserable in the heat, and we crawled through the brush.  I had an idea.  Far off in the distance, I spotted what appeared to be a tree.  It had to be at least a mile away.

“Look – a tree!” I said, with feigned desperate hope in my voice.  “There will be shade…and water!”

Heads shot up!  Eyes widened with hope!  Our speed increased noticeably by at least half a mile per hour.  I spotted dust to my right and looked to see that we had matched the speed of a group of cows that appeared to be headed for the same tree.

Around 45 minutes later, we arrived at a single lone tree next to a small dried-up ravine.  Next to the tree was a tire with green sludge.  The cows had beat us and wandered away from the tire as we approached, bawling balefully with disgust at our approach.

“We can’t drink that!” exclaimed Amy.

“How much water do you have left?” said Mr. K

Amy made a quick, startling blowing noise and dropped her pack.  “Well, not enough!”

“We will be at another road soon,” I said.

They all turned to me.  “When?!”  They had that look on their faces – the water look from last night.

“About two hours if we make good time,” I said.  I was ready to move.

“Well, I have to rest said Jason.” sliding up under the small withered tree, surrounded by a ground covered with cow manure.  The others slid in next to him, commenting on sore feet, hunger, heat, and the ants clinging to clops of manure.

I again wilted on my hiking pole for about five minutes and then turned and headed off through the brush with no comment.  I left behind cries of anguish at the short break and just walked.

Three hours and thirteen breaks later, we arrived at the road.  The guys had stashed water in black trash bags, not trusting the metal boxes, but had forgotten where they hid them, so we wandered around for a bit, looking for them.  Unfortunately, about half the water was gone, while numerous jugs remained in the metal box.  I’m sure our immigrant neighbors to the south had found the mysterious black bags much more interesting.  It is always more fun to steal what is hidden.

The group insisted we set up tarps to wait out the heat.  Suddenly, I heard a shout and glanced up to see Jason waving from the passenger seat of a Border Patrol truck as it sped down the road.  I later learned that he had said, “screw the heat,” and decided to head for Lordsburg, having flashed his badge at a brother law enforcement officer and gotten a hitch.  The others groaned and cursed as they settled under their sun cabanas, glaring resentfully after Jason.  I will admit that visions of air conditioners and Pepsi’s danced through my head.

We were only on day two of our six-month journey.

As dusk approached, the dead arose and announced we would stop at the “next good spot” to camp for the night. Once all was packed, we crossed the road, walked about 200 yards, and someone paused – the others slowing to a stop also.  Not surprisingly, we had already found a “good spot.”

I wandered amongst the bushes, looking for a nice flat sandy spot that only accommodated one tarp.  I pushed through a wall of thorns and found my home for the evening.  I dropped my pack and sat to watch the dull orange sun set into the jagged desert hills amidst shades of lavenders and purples.  Tall, grey hills darkened in the distance as coyote yelps and jetting gas stoves mingled with other evening noises.

I felt much more settled tonight.  It was good to be home.