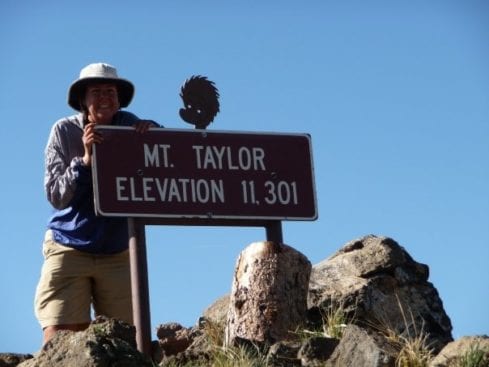 There were a couple of alternates through this next section, but I wanted to climb Mount Taylor. Mount Taylor is a dormant stratovolcano, similar to Mount St. Helens. The mountain is sacred to the Navajo people, the Acoma, Hopi, Laguna and Zuni people, and was estimated to have last erupted between 1.5 to 3.3 million years ago. The climb was a little over 11,000 feet, but at one time the mountain was estimated to have been as tall as 25,000 feet.

I heard the plaintive bawl as I wound my way up the dirt road. It became louder as I climbed, and as I rounded a curve the cry rang out loudly from the trees to my right. I looked down to see a small reddish brown calf standing in the trees about 25 yards away. Not having much luck with cows, I looked around warily for it’s mother.

I made my way down to the baby to make sure it was not hurt. He could not have been over a few weeks old, but was still a feisty little guy, giving me a couple of head butts as I tried to look him over.

I waited a while for his negligent parent to return, but eventually needed to keep moving. It broke my heart to listen to him crying as I walked away up the road. Hopefully, he would draw no predators.

A rancher I flagged down a little later told me he would go check on him. I’m a softie when it involves animals, especially the helpless ones.

The climb up Mount Taylor was fairly easy, with nicely graded switchbacks. The weather could not have been more perfect, and I had great views out over the mesa in the distance.

The mountain was empty, which was a surprise. I had heard the sacred mountain was frequently climbed, but it was not the weekend.

Leaving the Firs and Aspens, I finished up the final switchbacks, ending at the summit sign. The summit log book was at the base of the sign, and I was surprised to see I was the first person to sign it this year. I could have sworn I saw OOO and San Gabriel’s footprints in the dirt of the switchbacks on the climb up.

Lunch lasted about a half hour, as I crouched down behind a small rock wall to block the wind at the summit. I was not in a hurry to begin the climb down through the deep snow that started just inside the treeline.

The snow was deep, but did not last long. It was also in the shade and still fairly hard. I broke through the crust as I climbed to the top of the first mound, but after that I slid and crunched along on the surface, climbing up and over a few blow downs.

Exiting the snowy Fir forest, I followed a dirt road down past an observation tower, and along what I think was the edge of the old collapsed crater. The views were impressive as I headed back down towards the Aspens and Firs again. Aspens are some of my favorite trees, with their light bark and kaleidoscope leaves.

There were a couple of springs coming up, and I would have to tank up on water. New Mexico water sources can be hit and miss, and the next two springs were a good example.

Gooseberry Spring may as well have been called Cowberry Spring, and I chose to pass, and cross my fingers.

American Canyon Spring was STELLAR! The spring did not need filtering, had a good flow, and was COLD. I tanked up here with about 5 liters of water. I would need it for supper, and the following morning. The next water source also mentioned something about a toilet seat cover, so I would carry extra. Like I said, questionable.

Thunderstorms began building around 2PM, and I watched with some apprehension. I am not a fan of lightning, having had a couple of close calls.

I came out on to the Mesa below Mount Taylor around 3:30PM. Thunder rumbled around me, and as I looked up into the dark skies across the wide open mesa, lightning slashed a ragged trail to the ground.

There was nowhere to take shelter, so I lowered my head, tucked my lightning rods (aka hiking poles) under my arms, and began jogging. My ragged breathing distracted me from deep rolling rumbles around me. I could literally feel the static electricity in the air.

Lightning was popping closer, and large splashes of rain began pelting my face. I veered right, and headed for a large group of scrubby Pine trees about 50 yards off the dirt road. I would hide their and eat dinner until the storms had passed.

Dinner lasted about 30 minutes, and then I was packed up and hiking quickly back towards the dirt road. I looked warily towards the NW and East. There were storm cells building in both directions. Over the next hour I watched as the two cells merged, and the massive storm behind me began to gain on me. This was like some type of deranged lightning video game.

Stopping for the Night

It was only around 6:30PM when I decided I’d had enough of the storms. The mesa had been fairly barren, and I felt like a target, with lightning that really had no choice but to give me a good pop. My legs were also tired from two hours of running with a 35 pound pack. It was time to find shelter.

In the distance I saw another stand of small Pine trees. They were all about the same height, with no tall lightning rods. Perfect!

I nestled into the trees, setting up the Wild Oasis in a stand of scrub Pines. Pine needles were thick under the tarp, so I would have good drainage. I pulled the tarp tight, expecting heavy rains overnight. This would be the first deluge for the Wild Oasis.

Settling In the Shelter

Rain began to patter down gently around me as I settled in for the evening. I pulled my hiking poles and shoes up under the edge of the tarp. I did not expect much spatter, set up on the pine straw, so left them outside the netting.

Snacks were next, having burned off dinner over the last couple of hours. Today’s hiking had been relatively easy, spending a lot of time on forest roads, so I had hiked about 30 miles. With this kind of mileage, I find I am hungry about every 2 hours, so I graze as I walk. Tuna Fish is what I usually eat before I go to sleep (not near the shelter). The protein helps me recover overnight.

Finally, I wrapped my rain jacket around the bottom of my sleeping bag. The disadvantage of the Wild Oasis was that condensation built up on the inside of the shelter wall, and I was tall. The shelter wall would sometimes sag onto the sleeping bag while I slept, so I covered it to prevent it from getting too wet.

I loved the patter of rain on shelters, and climbed into my warm bag for a good night’s sleep. 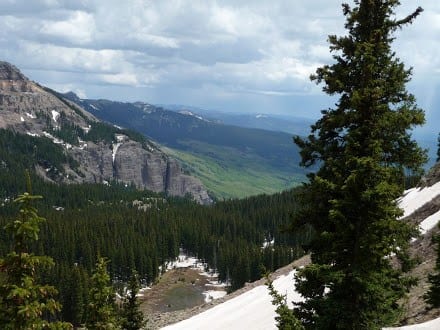 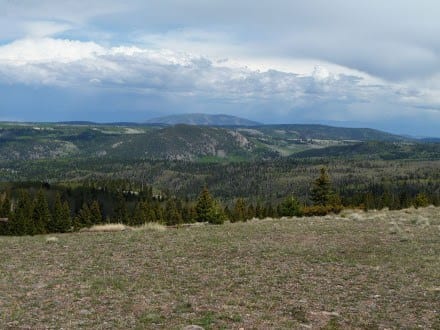 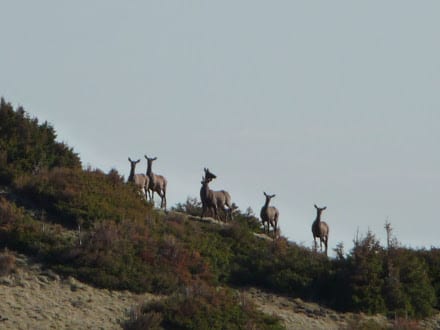 I was only about 2 days from Cumbres Pass, and pretty excited about reaching Colorado.