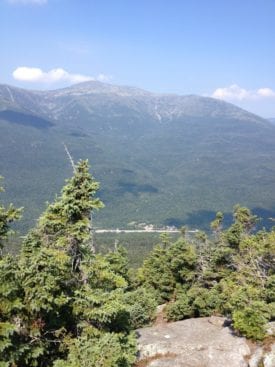 I started the morning with a challenging task – shaving my legs.  Imagine laying a tennis racket on your leg and shaving in the little squares.   In my case, the racket strings were a thousand cuts and scrapes covering my legs.  Many out here are happier if hairier, but not me.  A disposable razor weighs less than an ounce…maybe even a half once, and it is worth the carry.   I also don’t ever want any potential for confusion by the bears.

The morning’s breakfast was the first indication on this trip that my appetite had amped up, as I had the equivalent of two breakfasts and was still not full.  My metabolism was kicking into high gear.  It was a good thing I burned 6,000 calories a day and could only carry about 3,500 a day on my back.  Unfortunately, once I returned home, it took weeks for the engine to slow back down, and food self-control has never been a strength of mine.  In the past, about the time I chubbed back up after hikes, I would head back out for another, but I don’t have this luxury anymore, so I would have to figure out another way to control my cravings.

Sandman decided to stay in Gorham another night or two.  He had some important things to which he needed to attend.  He would be missed, but I could feel Ole Man Winter whispering over my shoulder, and the pull to hike was strong.

Bruno drove me back to the Gondola, where I headed back up to the top of the mountain.  I could have just headed over to Pinkham Notch and started hiking, but I would only pass this way once (I told myself that before also), and I wanted to miss as little of the trail as possible.  Once at the top, I found the trail and headed for Pinkham Notch.

Before beginning the hike down the mountain, I exited the trees, and looked out over the valley and the road cutting through the mountains.  I could see Pinkham Notch Visitor Center, and began a running dialogue with myself as I began picking my way down the mountain and over large boulders, pausing at drop-offs and lookouts to peer down toward my destination

Me from the top: What a great view!

Me: Oh, that is straight damn down (sigh).

Me: I wonder if they have hamburgers at the Visitor Center?

Me: I know they have soda.

Me: There is Mt Washington. I hear they have a snack bar.

Me at the next view: I think the road is further.

Me: I bet they have pizza.

I was reaching the bottom of the descent, and I always knew when I was near heavily used day areas, as I began to see more clean hikers with small day packs that smelled very unlike thru-hikers.  My favorite question of the day from these hikers, out enjoying a beautiful summer day in the White Mountains, was about fifteen minutes from the end of a two-and-a-half-hour descent.  A couple climbing up stopped to ask me how far they were from the top breathlessly.  I was speechless for a moment, but keeping a serious expression, with no tone of incredulity, I told them they only had three hours left to reach a Gondola and fabulous views.  The look of horror was priceless.

My favorite statement of the day was from the hiker that told me, “It is steep, but there are rock steps, although they are not man-made.” I just smiled and wondered how he thought these squared-off rock steps had manifested themselves – constructed by ancient indigenous people, carved out by precise glaciers, or maybe placed there by a dark ops governmental group.  If the last case, they are probably now removed and replaced by tiny oil rigs.

Anyway, I continued down, focused on footwork and food, hearing traffic get closer.  As I stepped off the last boulder at the bottom, I had expected to walk across the road to food Nirvana.  Instead, the trail took a 90-degree turn to go over every root, and around every rock, surrounding a small pond, for at least a mile.  Torture….my stomach screamed!

I finally walked into the Visitor Center and asked if I could bring my pack. The cashier said yes, so I took it to a table and headed back to the food area to gaze up at the menu.  I ordered two lunches, and the young man taking the order smirked at me.  I smiled back at him as if this was nothing unusual and went to pay at the register.   Fortunately,  I could also add two giant chocolate chip cookies and two 16-ounce drinks to snack on until my food was brought to me.  I was not patient when food was involved, which would keep me occupied.

Following lunch,  I heaved on my pack as my stomach screamed in distress.  Thank goodness there was a nice moderate grade leading away from the Center.  Every ounce of blood I had, had gone to assist my stricken stomach, and my leg muscles were dragging.  Once again, my lack of self-control had manifested itself, and I was paying the price.

I was headed for the Osgood Tent site for the evening.  It was supposed to rain during the evening, but be nice the following day.   Setting up the tarp on a platform would be good, as water tended to pool on this sandy, rocky soil.  Osgood would set me up nicely to hike the ten miles up and over Madison and Washington the following day.

I reached what I thought was Osgood Campsite and was surprised to find it empty.  I noted the red bear activity signs posted around the site and figured those were scaring away other hikers.  I thought had my Gerber and was not deterred.  I gazed around the area and noted a few flat spots scattered across the clearing, but they were all at an angle that I knew would not make for a good night’s sleep.

I stomped around, standing and staring at several angled sites, before finally pushing through some spruce branches to find a fairly level spot on the edge of the clearing.  On a positive note, Osgood was above a beautiful river, and although I had to repel down for water, swinging from tree to tree on the side of a very steep slope, I loved sleeping next to the sound of rushing water.  I was excited that the water would also drown out the sound of marauding bears and allow me to sleep in ignorant bliss.