When You Encounter Bears – Run or Fight? | Average Hiker

When You Encounter Bears – What Do You Do?

“Have you ever been attacked by a bear?”

I get all of these questions OFTEN! They are at the top of everyone’s list of concerns, but they have moved closer to the bottom of my list through education.

Over the past 30 years, I have hiked close to 15,000 miles and have been charged by a bear one time. I’ve crossed paths with a lot of Grizzly bears and even more Black Bears, but only once has a bear behaved aggressively.

The Grizzly you see in the picture at the beginning of this article is that bear.

On a warm Summer’s day near Yellowstone National Park, a young male Grizzly let me know that he was the current Apex predator in no uncertain terms. That was the MOST TERRIFIED I have ever been of an animal in my life, and I learned a few valuable lessons.

Educating Yourself on Hiking with Bears

Knowing how to hike in bear territory and what to do if you meet a bear is essential, and I have learned some lessons over the years. In this article, I’ll discuss the following topics.

Bears are magnificent and beautiful animals, and it is rare for them to attack humans. Regardless, I maintain a very healthy respect for these powerful animals when traveling through their territory.

Knowing there is always some risk when I travel near bears, I have done all I can to educate myself on handling encounters with bears. This article provides my experiences and additional resources you can use to educate yourself.

There are three species of bears in North America. These include the Brown Bear or Grizzly, Black Bear, and Polar Bear. All species and subspecies are unique to the environments in which they live.

Hikers and backpackers can find bears in 40 of the 50 United States. My family observed these Black Bears in my Father’s back yard. He receives many wildlife visitors at his home in the North Carolina mountains, and Black Bears are his most frequent guests.

Black Bears vary in color and can range from black to brown, and even cinnamon and blonde. Black bears are found in the southeast. The other color variations are more commonly found in the Western United States.

For additional information on Black Bears, check out bearwise.org. This website was created by a group of Black Bear Biologists and offers some great information and educational materials.

Backpackers and hikers will find Grizzlies in the Northern Rocky Mountains, including Yellowstone and Glacier National Parks, and northwestern Montana and extreme northern Idaho next to Canada. A large population of grizzly bears lives in Alaska and northern Canada.

The grizzly in the picture above is the one that charged me south of Hart Lake in Yellowstone National Park. These are additional pictures I took before the encounter occurred. Not exiting this bear’s territory was one of the lessons I learned.

The Grizzly is a sub-species of a Brown Bear. Grizzlies range in color from light tan (almost white) to very dark brown. They are distinguished by their dish-shaped face, small round ears, and hump between their shoulders. The hump is a mass of muscle that makes Grizzly Bears excellent diggers.

When You Encounter Bears – Preventing Encounters

There are several steps you can take to prevent Bear encounters when hiking in bear territory.

What to Do When You Encounter a Bear

It is crucial to understand what to do when you encounter a bear. Bears rarely attack people, and in almost all of my experiences, they have wanted to leave the area quickly.

If you do encounter a Black Bear while hiking, take the following precautions.

When You Encounter Bears – Why a Bear Might Attack?

A bear attack by a Grizzly and a Black Bear is not the same. When a Black Bear attacks – DO NOT PLAY DEAD. Fight the bear with whatever you have on-hand. Hit it around the head, face, eyes, and muzzle.

If a Grizzly attacks, PLAY DEAD, protecting your head and torso. Fighting back will usually intensify the attack. If the attack does not stop, then you should fight back for your life, using whatever weapon you have and beating it around the head, face, eyes, and muzzle.

I want to emphasize additional points on predatory bear attacks. If a bear attacks you at night, in your camp, or is stalking you, there is a good chance it is a predatory attack. In these situations, you always need to fight back aggressively.

Managing Your Food in Bear Territory

There are several methods you can use when backpacking in bear territory. These protect your food, and ultimately the life of the bear.

Metal Food Lockers are often found in designated camping areas, especially if there is bear activity. They are large metal lockers that allow you to lock your food inside. The only drawback is that if they are full, you might not fit your food inside.

Some Parks require Bear Cannisters or Vaults. These are typically rigid plastic containers with screw-on lids that weigh 2-3 pounds.

I was required to carry one in some High Sierras sections when I hiked the Pacific Crest Trail. I took the Bear Vault BV500. You can get a large fine if a Ranger finds you without your Cannister. Although heavy and a bit of a pain in the Butt, it did make an excellent chair.

Food Bags are an alternative to Food Cannisters if you decide to carry something to protect your food. They are made of high-density polyethylene, and some have an aluminum liner to protect against punctures.

It would help if you considered using an odor-proof plastic bag or Opsack to place in the Bear Bag. The Bear Bag itself is not odor proof.

Check Park Regulations before deciding on what to carry. Most Parks require Cannisters. Bear Bags are approved by the Interagency Grizzly Bear Committee (IGBC).

When you Encounter Bears – Protecting Yourself if Attacked

There are several ways to protect yourself if attacked by a Bear.

If you have no weapon, such as Bear Spray or a Gun, playing dead with a Grizzly is the most effective method to minimize injury.

Do not play dead with a Black Bear. If they attack you, then you need to fight back as aggressively as you can.

If a bear is stalking you or attacks you in your tent, fight back. This type of attack is a predatory attack and not defensive. It does not matter what kind of bear is attacking – FIGHT!

If you are going to use Bear Spray, then make sure you know how to use it. Bears may attack unexpectedly, and you will have seconds to use the spray.

Make sure the Spray is EPA approved and that you practice before going into bear territory. The National Park Service (NPS) has a video on how to use Bear Spray.

The NPS also provides tips on how to use the spray.

There is a lot of discussion around carrying guns or using bear spray, and there are arguments for both forms of deterrence. I have no handgun skills and am highly doubtful I could aim and shoot a large bear in the time it took it to reach me.

When I travel in Grizzly Bear territory, I carry Bear Spray. I am comfortable in my ability to use it effectively if needed.

When I Encountered a Bear

If interested, you can read my Grizzly Bear Encounter Post. I wrote this post after hiking the Continental Divide Trail in 2009. I have learned a lot about hiking and backpacking safely with bears since that hike. 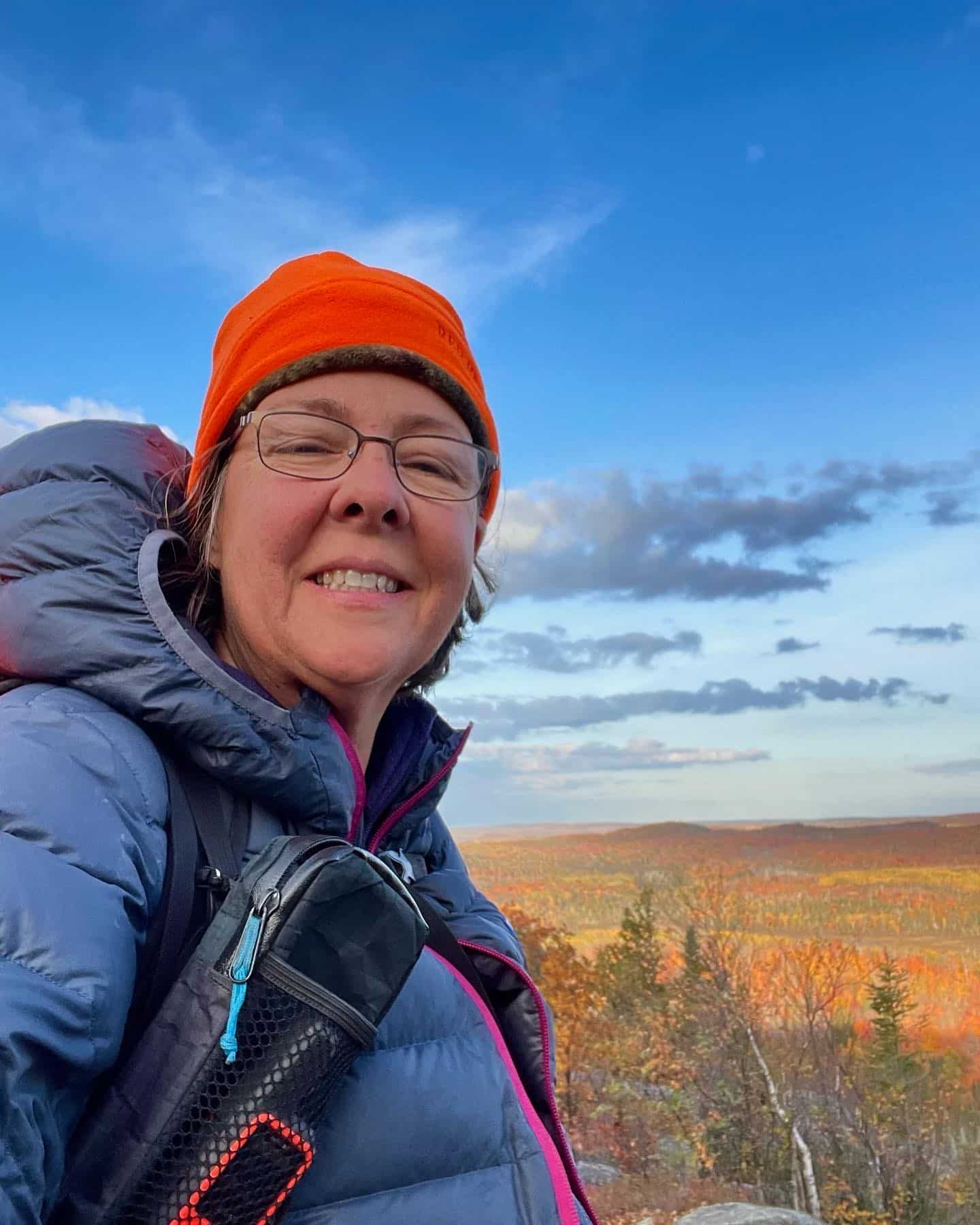 As a woman backpacking solo for over thirty years, I’ve learned to trust my intuition and instincts. I have some lose “rules” I follow. 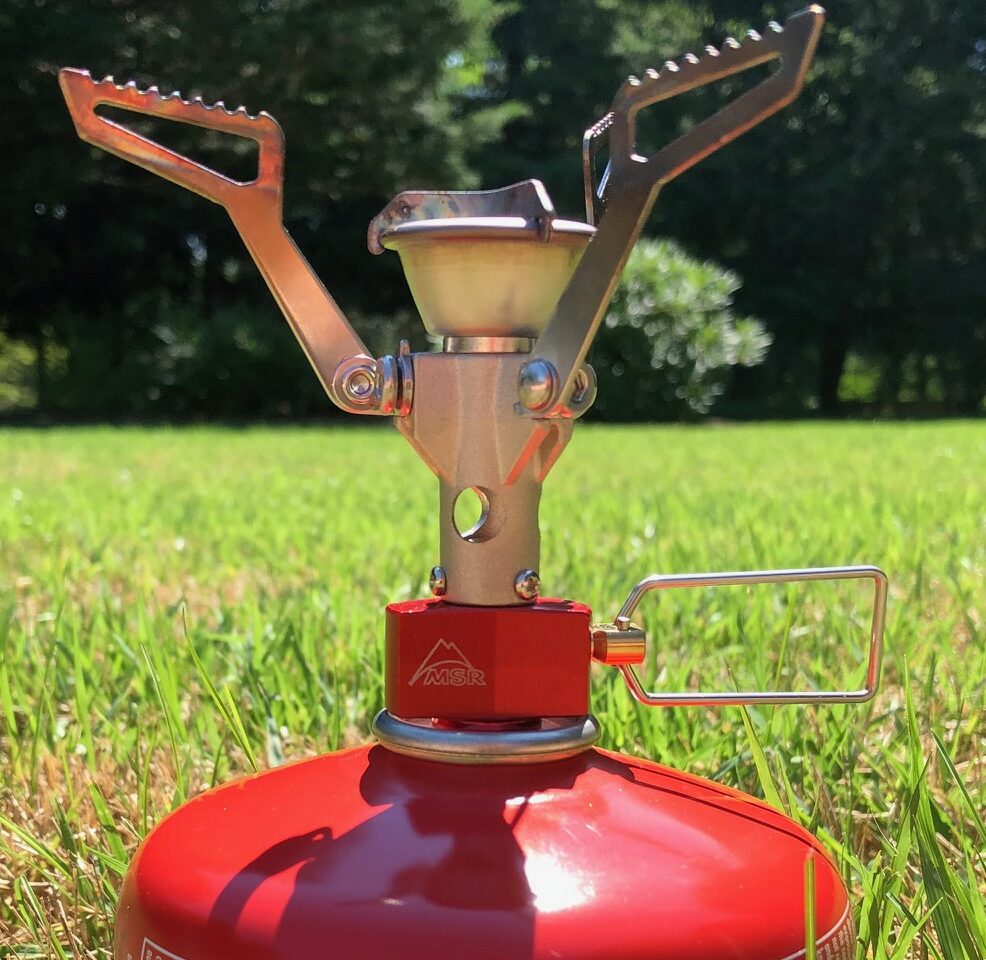 Choosing the Right Backpacking Stove for You | Average Hiker

Choosing a backpacking stove can be overwhelming. I’ll take you through the choices, along with the pros and cons for each type.

Waterproof Backpacks – Do I Need One for Backpacking? | Average Hiker

Trying to fully waterproof a backpack can be tough, so I focus on making sure the contents are kept secure from rain and water.