Last night reached the low 20’s and having to get out of my sleeping bag to blow up my Nemo Tensor pad every three hours was frustrating.

It would take me at least 20 minutes to warm back up after using the inchworm method to blow up my pad. This involved rolling over and squinching up while exposing as little skin as possible to below freezing temperatures.

I had visions of completely popping the pad with my strained quilt straps, and was exposing limbs anyway, so I finally ended up releasing the quilt and rolling onto my side while softly cursing.

Temperatures reached the high 50’s over the course of the day.  The crisp, clear air combined with sunny skies created perfect hiking weather.

I enjoyed the climbing but was surprised by the piles of leaves covering the trail.  The wild hogs had torn up the trail in their hunt for acorns, even tearing out large chunks of dirt in their ravenous search.

The hogs are mostly nocturnal, which is fine with me since they can be dangerous animals with sharp tusks and mounds of muscle.  I won’t lie; it would be cool to get a quick peek of one.  I’m told a 600-pound boar was recently shot in TN!  That would be like a damn tank coming down the trail!

I stopped on a small grassy bald around mid-morning and waited for Sam.  We had yet to see any other hikers since starting the hike, but there was a small fire ring on the bald’s summit that had recently been used.

This had to be a popular spot; I thought as I turned in a circle surrounded by blue ridge views in every direction. The air was right on the edge of almost warm. This would be a good place to stop for a break.

Sam and I snacked in the edge of the trees to get out of the wind, and as we sat on the ground eating, I looked over Sam’s shoulder to see a man in camouflage, with what looked like an automatic rifle, striding up the trail towards us.  In his other hand, he carried a thick set of maps.

Maybe that was the type of gun needed for 600 pound pigs.

We said hello, and I think he might have responded but it sounded more like a grunt.  Leaving the trees he took a left off the trail and headed down the meadow before entering the woods again.

The military has exercises near the AT, so I’m assuming the camouflaged man was out for that reason.  We ended up seeing two more soldiers over the next couple of hours, and the last one I met at Bryson Gap confirmed they were doing navigation exercises.  That was a mild relief.

We got water at Bryson Gap and hiked down towards the Toccoa River.  The BMT Guide listed good camping at the river, but the camping had two strikes against it.  It was on the road, and cold air would settle into the gap.  Freezing, moist air is not much fun to wake up to in the mornings.

It was beginning to get dark when about a quarter of a mile above the river, I climbed over an embankment next to the trail and looked down on an old fire ring.  The camping wasn’t the best, but Sam and I managed to find two fairly level spots for our tents.

Ironically, for dinner, I had Wild Boar and Bean Stew from Stowaway Gourmet.  It is my new favorite meal.  I ate quickly and sealed the bag tightly, not wanting the wild pigs to smell their kin.

We were in our tents immediately after dinner as temperatures dropped fast.  It was too cold even to type, so I cinched up my sleeping bag hood and burrowed deep into my Feathered Friends Lark for the night. 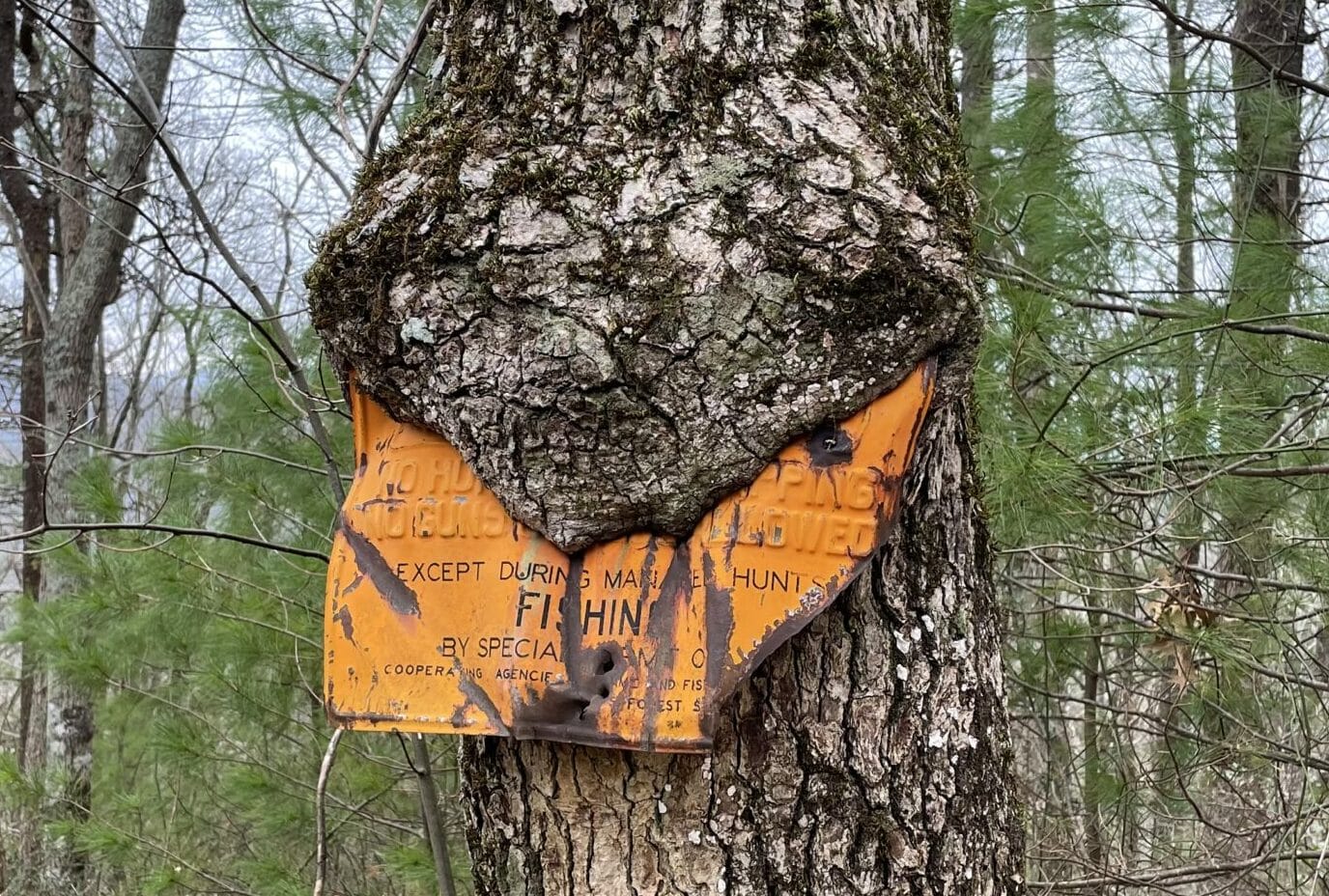